FREE SHIPPING FOR ALL PRODUCTS
X

PUREKANA / Blog / How Mega Influencers are Rating Our Products

How Mega Influencers are Rating Our Products 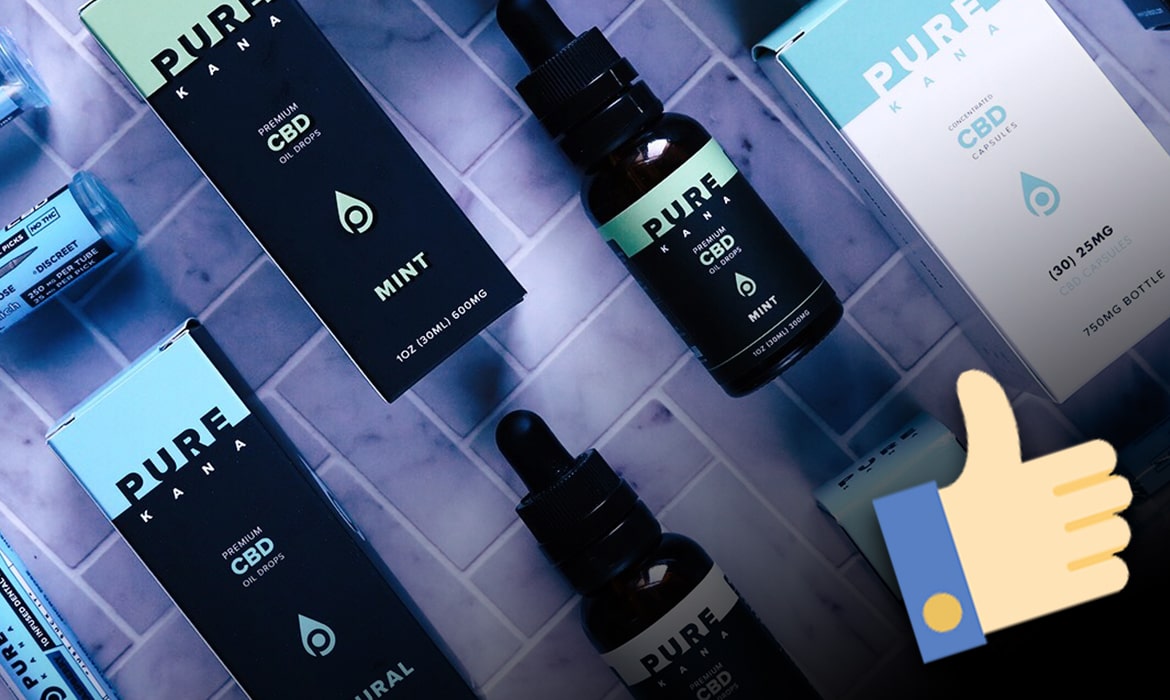 In the age of social media, everybody’s eyes are on "influencers" to find out what they are thinking. Influencers provide honest reviews of products they use regularly and love, giving consumers an insight into the best products of any market.

Social media influencers typically only review products that they really like. This is crucial, as it gives customers honest, true opinions rather than being subject to limited "marketing channels" like TV and radio ads.

To the surprise of no one, influencers have recently found their way into the CBD market. From beauty influencers with an interest in CBD skincare to fitness influencers who use CBD for recovery, you can find out a tremendous amount about a product just by checking out these folk's social media pages.

Here at PureKana, we're not immune to the newfound significance of social media influence. In fact, several "mega influencers" have shown off their love for our line of award-winning products.

But what exactly did they have to say? Here are some of our favorite Instagram influencers, and what they have to say PureKana products. (Note that the number of followers was accurate at the time of writing).

This gym-hungry beast has recently found his love for cannabidiol food supplements by using PureKana. Known for his strong physique, Alex Michael Turner frequently uses CBD as part of his workout routine.

On his Instagram, Turner has stated that he uses our vanilla-flavored full-spectrum CBD oil every day. With the Face App aging filter trend sweeping the nation, Turner recently published a photo of himself aged 50 years, hilariously claiming that even then he will still be using our CBD supplements!

Check out Alex’s Instagram page to see how he uses his daily CBD supplement (he also offers a discount code for followers).

This gorgeous gym gal has a seriously killer Instagram feed. She regularly flaunts her perfect physique, fashionable outfits, and of course, promotes the brands she just can’t get enough of. Frankly, we’ve been honored to make her list!

Jazmin has posted many pics featuring PureKana products, including a snap with the Vanilla CBD Oil and a beachy photo with our CBD Vegan Gummies. She captioned the pic “@purekana always keeping me relaxed.” You’re welcome, Jazmin!

Australian mega-babe Tina Louise now lives in LA, leading a completely vegan lifestyle that inspires many. This plant-powered princess has a sun kissed Instagram feed which is, quite frankly, to die for.

Being a vegan, it was only logical for Tina to try our yummy CBD Vegan Gummies. She said that she loves them, but she has also been trying out our Mint CBD Oil. She described the flavor as “really refreshing,” which is great news for those who don’t enjoy the taste of natural CBD oil.

It’s no secret that MMA fighters have been loving CBD. Jon Jones has, specifically, been showing PureKana some love. If you look closely at his feed, you can actually see Jonny rocking a PureKana baseball cap! Now that’s style.

Jon says that one of his favorite products is the CBD Pure Picks. These toothpicks are great for fidgety people and those who shuffle around to avoid being anxious. Being quite fidgety himself, Jon says he never leaves home without a tube of Pure Picks. Our menthol CBD Muscle Relief has also featured on his Instagram feed. As an athlete in a contact sport, we can imagine that this cooling topical comes in handy quite often!

Elite athlete Michael Vazquez often flaunts his ripped body on Instagram. He also shows off his PureKana, too!

Michael says he uses the CBD drops for “rest and recovery”, which is a vital part of any athlete’s life. Even if you aren’t an athlete but you just like to work out, recovery will be an essential part of your life. Why not listen to Michael and give CBD a try as part of your recovery day?

Reigning from California, Colton Haaker is a daring X-games competitor, consistently pulling off some incredible feats on his bike. Seriously, he’s impressive! As a dad, Colton also knows the importance of taking care of himself and ensuring he leads a long and healthy life.

Earlier this year, Colton became injured as a result of his dangerous profession, and he has been slowly recovering. Just like Michael Vazquez, Colton cites PureKana CBD oil as part of his R&R routine. He actually wrote a very extensive post about how CBD has helped him throughout his recovery; we’re glad to hear he’s on the road to recovery!

MMA fighter Dustin Poirier has joined the other athletes using CBD to help them stay on top of their game. Dustin loves his PureKana products so much, he even has a story highlight on his page. There, he often posts discount codes and hosts giveaways.

Like several others on this list, Dustin says that his favorite PK product is our Vanilla CBD Drops.

Social media influencer Megan Heaton travels around showcasing her good looks and killer outfits. You can tell from her feed that she is clearly into health and well-being, as she even indulges in essential oils from time to time.

Megan has been snapped using a PureKana vape pen on her Insta page, as well as our CBD oil in vanilla flavor. This flavor really seems to be popular on the gram!

Austin Vanderford’s nickname is “The Gentleman.” This might not seem like a scary name for an MMA fighter, but trust us, he’s a powerhouse. He probably gets his nickname from his love for his wife, which is brandished all across his Insta page. Really, it’s quite adorable!

Besides showing off his beautiful wife, Paige, Austin likes to showcase his MMA skills. He recently published a pic of him taking some PureKana Mint CBD Oil, stating that his secrets to health include regular power naps and a few drops of CBD. Who knows? Maybe that really is the secret to being an MMA champion.

Model Sarah Adams has a following of nearly 100,000 people, who all come to see her amazing pics. Based in LA, this model has a lot to show off on the ‘gram.

On her IG stories, Sarah said that she couldn’t get enough of our PureKana CBD Vegan Gummies – she even added a fire emoji, they’re just that good!