FREE SHIPPING FOR ALL PRODUCTS
X

A Roadmap to CBD in South Dakota 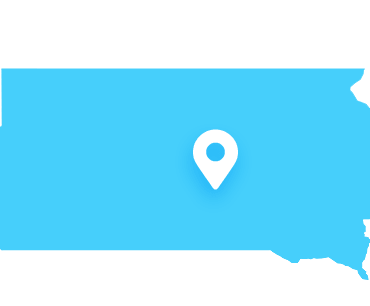 Folks Are Asking: Is CBD Oil Legal in South Dakota?

Back in March 2019, Attorney General Jason Ravnsborg hoped to clear up CBD guidelines as they stood in South Dakota. This was largely due to the misunderstanding and misinterpretation that came along with the passing of the updated U.S. Farm Bill in late 2018. While you often read articles that claim CBD is accepted everywhere, the reality is some states have more stringent guidelines in place than others.

Much of the misunderstanding comes from language in the updated 2018 Farm Bill, which simply allows states to decide whether or not they want to implement an industrial hemp growing platform. It doesn’t actually mention anything about CBD.

The problem is that, when the Farm Bill passed, many people assumed a complete nationwide acceptance of CBD – as long as it was derived from hemp and contained 0.3% THC or less. Few people realized that states still had the right to “reject” the new version of Farm Bill as they saw fit.

In South Dakota, a bill to allow industrial hemp lost out in March 2019. HB 1191 aimed to allow both hemp and CBD oil, but although the Senate voted 20-13 in favor (with two abstentions), it didn’t achieve the required majority. There are, however, plans to reintroduce the bill in the state senate.

So, Are There CBD Laws in South Dakota?

CBD oil in South Dakota is a complicated issue. Under the guidelines of the Farm Bill, states can essentially choose whether or not they want to adopt an industrial hemp growing program. In March 2019, Attorney General Jason Ravnsborg’s statement declared that under South Dakota’s current rules, industrial hemp wouldn’t be grown in the state despite the passing of the 2018 U.S. Farm Bill.

Still, depending on who you talk to in South Dakota the status of CBD remains unclear. To better understand what the Farm Bill does, it says that any state seeking USDA approval for the cultivation of hemp must submit a detailed plan for approval. South Dakota has, as of right now, not chosen to submit such a plan.

However, a bill that would allow the commercial production of hemp in South Dakota has been drafted for the upcoming legislative session. Of course, it is unclear whether or not this bill will be passed. Or even whether it will make it to a vote.

Many users find CBD oils to have a distinct taste – it’s an acquired taste, to say the least. If you simply can’t stand the earthy flavor, then CBD edibles may be a good alternative. Manufacturers turn CBD into a delicious treat by infusing it into various edible products. CBD gummy bears are the most common treat on the market; there are also lots of CBD chocolates. These products are discreet, easy to use, and delicious!

CBD cream is precisely what it sounds like – a cream or lotion that is infused with CBD-containing hemp extract. As one might expect, there is much variety within this sub-market. You can find luxurious, moisturizing lotions as well as more straightforward ointments. CBD creams also come in many scents and strengths, and can provide a lovely aroma and delightful texture. They allow you to enjoy the potential benefits of CBD without consuming it orally.

Vaping is a popular habit nowadays, no matter where you’re at in the U.S. Seasoned vapers are enjoying the range of CBD vape juices that are now available. And to be sure, there are an extensive variety of flavors out there to try out. Those new to vaping can give it a shot using a disposable vape pen that is pre-loaded with delicious-tasting vape juice. And the best part? There’s no annoying hassle of refilling cartridges when you’re done. 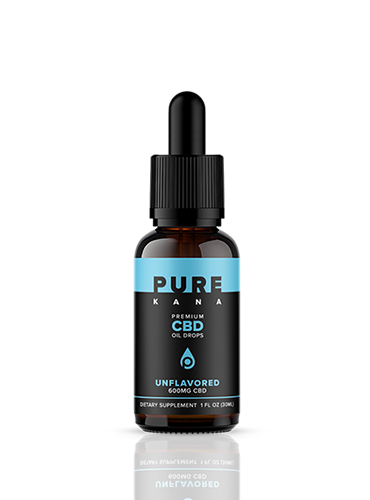 CBD oils are the product you’ve probably heard most about. Out of all the products available, these are also the most common and most widely-used. They come in a huge variety of strengths, often starting at around 250-300mg of CBD per bottle. In case you didn’t know, a CBD oil consists of CBD that is suspended in a carrier oil (such as MCT coconut oil). You can use the dropper to place an amount of CBD oil in your mouth, or you can also consume it along with food or a beverage.

The 2014 version of the U.S. Farm Bill allowed states to implement pilot research programs for the cultivation of hemp. In other words, universities and research institutes could apply to grow hemp in the name of science. The programs aimed to discover more about growing hemp, including its potential economic impact and what all the resulting harvest could be used for. Many states across the U.S. implemented such programs.

The updated 2018 Farm Bill expanded on this to allow other (non-research) growers to obtain licenses for hemp. Of course, this was once again up to individual states. Some states submitted their own hemp cultivation plans for USDA approval. Once approval is granted, farmers in these states can apply to grow hemp, and in some instances, processors may obtain licenses to produce hemp-derived products.

South Dakota never jumped on the hemp bandwagon. In other words, the Mount Rushmore State never warmed to the idea of growing hemp, and no program exists as of yet. We hope this can aid to clear up any confusion on the topic. If you’re interested in the different kinds of CBD products that are available in other parts of the U.S., below we outline a few of the most common products.

PEOPLE ARE ALSO ASKING: 'CAN I PURCHASE CBD ONLINE IN SOUTH DAKOTA?'

CBD IN SOUTH DAKOTA (WHAT YOU NEED TO KNOW)

A lot of media outlets out there continue to report on the confusion in South Dakota, but the frustrating thing is that not all of them are arriving at the same consensus.

There are no CBD stores operating in South Dakota, or at least none that we know of. (If you live in South Dakota and know of some, feel free to leave a comment below!). Because of this, the entire situation has been putting off potential entrepreneurs that are interested in getting on CBD’s current popularity.

No matter where a person gets their CBD, it’s vital to find a trustworthy brand. To avoid poor quality or sub-standard products, always check a brand’s lab reports to find out what exactly is included in the product. Remember, all CBD products should contain less than 0.3% THC; this information will (or should) be included in a lab analysis.

At PureKana, we are committed to providing our readers and customers with the best quality CBD products on the market, and also the most up to date information regarding the status of hemp and CBD. As you might imagine, this is not an easy task given the confusion over its ever-changing status! 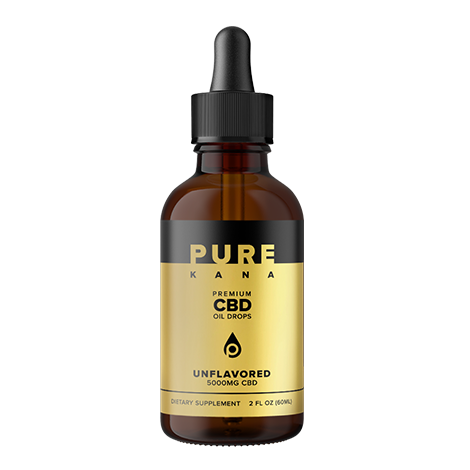 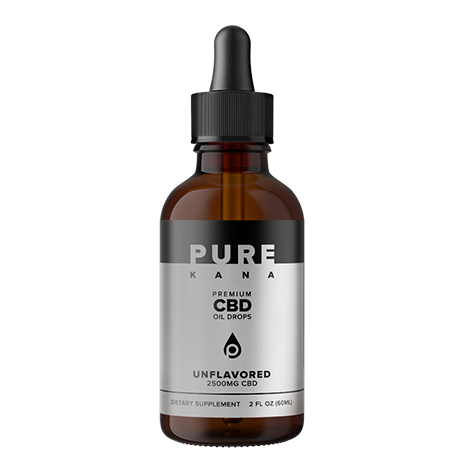 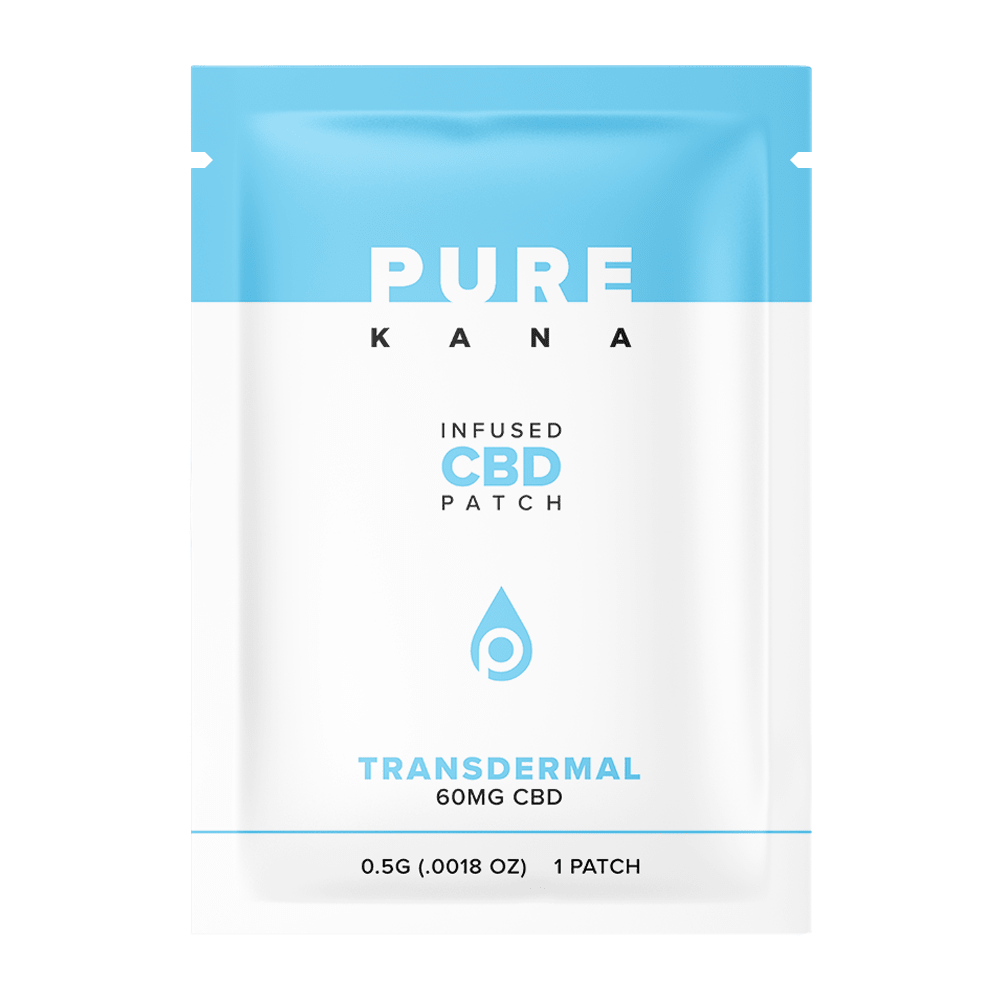 Industrial hemp is not yet cultivated in South Dakota. While other states are enjoying a robust hemp growing program, South Dakota is lagging behind. It will continue to do so until some changes are made (hopefully in the near future).

There’s a lot of opportunity for farmers in the hemp sector, and other states have certainly caught onto this! It makes it even more of a shame when considering the beautiful world-class agriculture land that South Dakota has to offer.

If your aim in coming to this article was to purchase CBD online in South Dakota, hopefully the information we’ve provided has been helpful! The atmosphere out there is certainly a confusing one, but at least you hopefully now know some useful information regarding the current situation.

All things considered, we can only hope that the South Dakota guidelines are cleared up in the future. Everything is much better when consumers have some clarity, so hopefully SD will follow the lead of other states and begin to make headway in the CBD market!