PUREKANA / Blog / How Does CBD Oil Make You Feel? 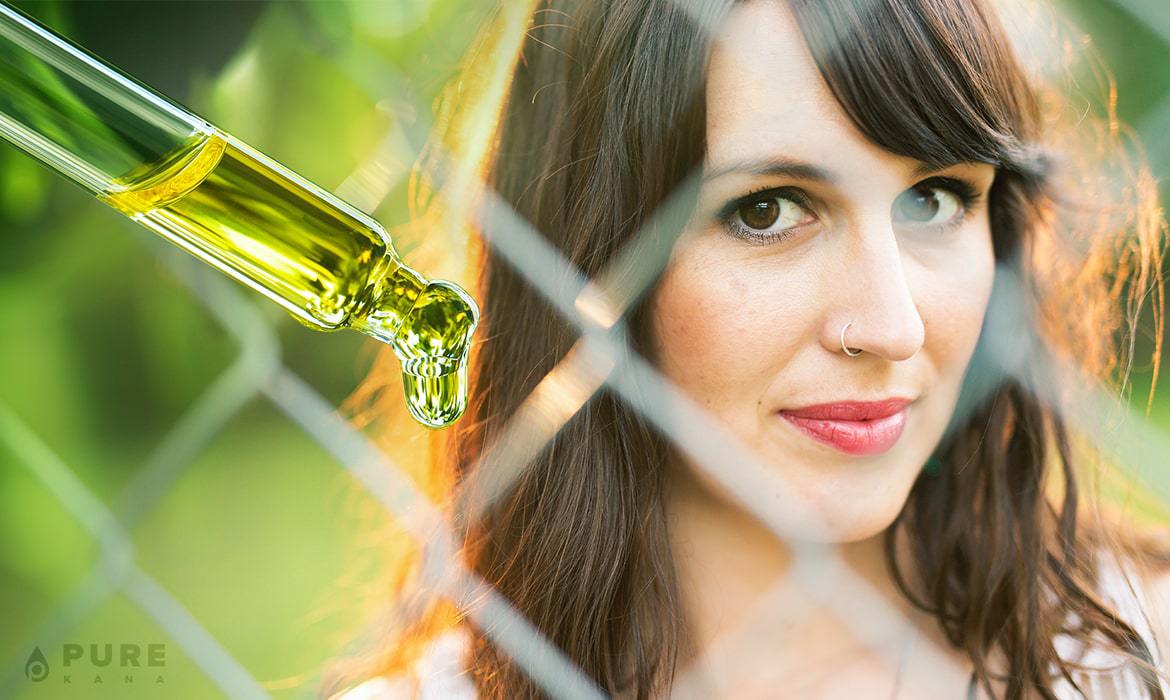 So, you’re thinking about trying CBD oil? This popular hemp extract is popping up everywhere, so it’s only natural to feel curious about what it is and how it works.

As far as functionality, it's certainly true that CBD products can offer support in terms of achieving and maintaining a healthier lifestyle. But how does it make you feel?

For this reason, new users often feel nervous when they set out to use a CBD product for the first time. If you've been asking yourself the question 'what does CBD oil feel like,' read on to find out...

What is Cannabidiol - And How Does it Work?

CBD is short for cannabidiol. It is one of the active compounds from the cannabis plant. This sometimes puts people off, but there are several things you need to understand about cannabidiol.

First of all, it can be abundant (depending on the strain) in both marijuana and hemp. Some hemp-based CBD products are manufactured according to regulations set forth in the 2018 Farm Bill, which allows for the commercial cultivation of hemp in some states.

Secondly, CBD is non-psychoactive. This means that it will not get you high. The high that is usually attributed to cannabis is caused by another compound - THC. Generally speaking, THC is only found in low quantities (less than 0.3%) in hemp.

A Few Words About the Body's ECS

Everybody is equipped with something called an endocannabinoid system (ECS). This is a network of cannabinoid receptors that run throughout the entire body. These receptors are functional to our survival because they receive messages from various neurotransmitters. They can even trigger changes in the body, allowing us to be constantly adapting.

The ECS plays a role in a number of bodily functions, including things like sleep cycles, body temperature regulation, and more.

Some research suggests that when you ingest CBD, it stimulates the production of new endocannabinoid in the body. Endocannabinoids are basically messenger molecules that communicate with various neurotransmitters.

In the event the body lacks sufficient levels of endocannabinoids, it's possible the ECS will be unable to keep up with regulatory demand. If the presence of CBD in the body does indeed activate the production of new endocannabinoids more frequently, it stands to reason that the body will be able to perform better.

This is why CBD in general is thought to offer good support for general health. Many people consume CBD in both the morning and evening, and some consume it up to three times a day.

CBD is often taken in tincture format. This involves placing CBD oil drops under the tongue and holding it there for up to two minutes before swallowing.

Will CBD Make Me High?

We mentioned this briefly above, but no - CBD will NOT make you high.

THC causes a high because it overstimulates receptors in the brain. When consumed, it interacts with cannabinoid receptors directly (unlike CBD which functions in more of an indirect manner).

THC binds to CB1 receptors, which are found predominantly in the central nervous system. Unlike the endocannabinoids that interact with CB1 receptors under normal circumstances, excess THC consumption hyperstimulates receptors and produces mind-altering, psychoactive effects.

Users of THC may experience pleasant effects, but intense psychoactivity can lead to things like anxiety, paranoia, and other negative experiences in many users.

CBD, on the other hand, does not appear to bind to any cannabinoid receptors directly. It instead is thought to promote the production of new endocannabinoids, thereby working on the ECS in an indirect manner. In addition to interacting with CB1 receptors, CBD also appears to influence CB2 receptors throughout the body's peripheral nervous system.

So, that’s the science behind how CBD works. But in a more practical sense, how does CBD make you feel?

To clarify, the effects of CBD will feel different for each person taking it. Effects will also differ depending on how you're taking CBD. If using a CBD topical, for example, you likely won't experience the relaxation benefits of something like a CBD oil or CBD gummies.

Strictly talking about a CBD oil that you ingest, the oil will be able to influence cannabinoid receptors throughout the body. How does this make you feel?

If we had to generalize, we'd say that CBD oil makes people feel calm. It has a way of slowing the body and mind down, and relaxes both until they mesh together in a peaceful network of calmness and tranquility.

That said, the effects of CBD can be subtle. You've really got to have the ability to listen to your body if you want to effectively gauge how the compound is working.

In the Morning, or Before Bed?

When taken before bed, CBD seems to have a promotional effect in terms of helping to achieve a good night's sleep. The words 'sedation' and 'lethargy' probably aren't right to use, but CBD can definitely make you feel, well, tired.

You can feel your eyelids getting heavy, and the process of your thoughts starting to slow down become tangible as you enter into a state of complete calmness and relaxation.

But that's before going to bed. Surprisingly, CBD can have the opposite effect in many users when taken during the day or in the morning. This could be due to the endocannabinoid system's regulatory influence on sleep-wake cycles.

All in all, it's likely that improved endocannabinoid signalling in the brain leads to improved well-being and general health. And of course, you've likely heard all about the potential of CBD in terms of helping with things like soreness, stiffness, and so on.

Another potential (and often not talked about) benefit of CBD is enhanced focus and engagement. Many users like the sense of balance that CBD brings to their life. After all, feeling on top of your health and in-tune with your immediate environment is a sure-fire way to be productive and fulfilled.

How Does CBD Oil Make You Feel (Final Thoughts)

Along with a quality and active lifestyle, CBD could provide you with a little extra health boost. In terms of how CBD makes you feel, hopefully we've been able to shed some light on that particular topic.

The reality is, people who are thinking about trying CBD might be nervous because they are unsure of its effects. Thankfully, you can rest assured that CBD won’t make you high. Still, explaining how CBD makes you feel can be difficult - especially since specific feelings can (and probably will) differ from person to person.

The overall CBD experience is a highly personalized one. In other words, you simply have to try it in order to know how it really feels.

Related Articles
How to Avoid Fake or Poor-Quality CBD Hemp Oils
CBDa Cannabinoid 101: The Importance of Carboxyl Groups
CBD Oil with THC: All You Need to Know
The Ultimate Experience with CBD Bath Bombs
What are CBD Lollipops?
How to Use CBD Pure Picks
How to Use a CBD Bath Bomb
Can You Combine Different CBD Products?
What are CBD Vapes? [And How to Use Them]
Add Comment